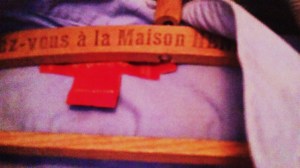 David is trying to think about the last time that he was ‘Romantically Attached’ – like a hatchback to a caravan trundling through the Lake District.

It is proving to be quite difficult and he keeps thinking about the second page of a ‘Mills and Bam Bam Boom’ paperback.

He tried, Once, to publish with them. Actually he tried twice. His first attempt included an (autobiographical)   take on the handsome Doctor being a post operative Female to Male Transsexual. The  poetic descriptions of Doctor Gordon with a ‘Stand and Pee’ prothesis were too much. Too much for Cynthia, certainly. Cynthia was one of the secretaries. As in – Cynthia was one of the secretaries.

David feels slightly guilty that she was the proof reader for new writers and genres to the Publishing House.

Apparently she fainted at page 16.

With his second attempt  ‘Passion at the vicarage’ – The publishers notified the police.

David reminisces about past love lifes, some have remained as friendships and some are best forgotten.

He wanders if he will ever try again and, too quickly, he decides against it.

There is a science of remembering he thinks to himself. If there was someone with him in the room – he would say

“There is a science of remembering”

And then he would have to explain what he means by that. It is enough, for the moment that he is remembering love and picking out his belongings from the derelict houses of passion. In storage his things and heart – but he will belong again.

There is alot to be said for ‘Real’ friendship he concludes in his mind.

There is alot to be said.

And one day, I will say it.